Last night I witnessed one of the most exciting wins all season for the Giants, in my opinion. The first three innings went by without any runs, and a few hits (by the Giants, that is). Mike Leake was 4 innings into a no-no when the Cardinals got their first hit.

Then, we had an explosive 3rd inning. With the bases loaded, Marlon Byrd, who had previous gone 0 for 14 in the past 5 years against Cardinals pitcher Michael Wacha, ended his .000 streak with a beautiful grand slam. 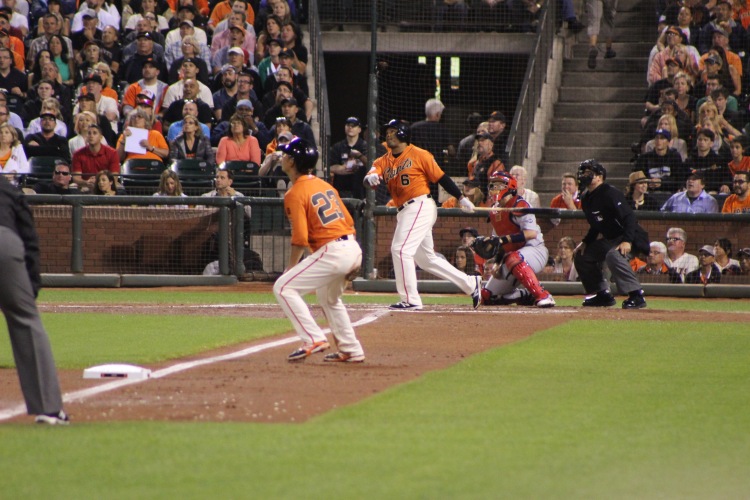 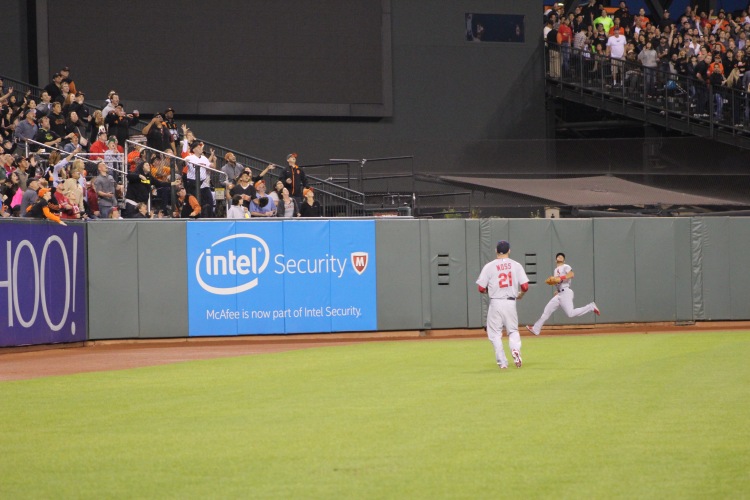 I’m so happy to have caught such a great moment on camera. Unfortunately, after this inning, my battery ran out. After the 3rd, the Cardinals came back to tie the game up in the 4th. They failed to take a lead for the rest of the game however, and in the bottom of the 9th, The Kid Kelby Tomlinson, affectionately nicknamed Clark Kent by fans (due to a pretty spot-on resemblance- see below) hit a walk-off single to finish the game off.

It has been thrilling watching his progression since his MLB debut on August 3rd, becoming a crucial part of the success of the team. We’re about to take the turn into the back-end of the season, and it’s about to heat up. The Dodgers unfortunately won last night as well, so we maintain our position 2.5 games back from them. I can’t wait to see what we can do with the rest of the season. Orange October is coming!